B is for Bastet 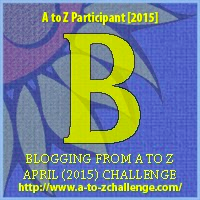 Bastet was a warrior goddess in ancient Egyptian religion and was known by many variations of the name, including Baast and Bast. She was often depicted as a woman with a lioness head. 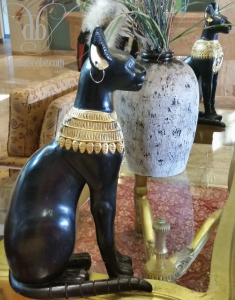 As the goddess Bast, she was the goddess of warfare in Lower Egypt, the Nile River delta region. After the two parts of Egypt unified, similar deities merged, except in Bastet’s case. Bast and the Upper Egypt goddess, Sekhmet, had strong followers.

During the Twenty-Second Dynasty (c. 945–715 BC), Bast evolved into a protector deity–the cat–better known as Bastet. She is often depicted as a cat with a gold collar and earrings.

From lioness deity to cat protector. I wonder if she felt demoted.

I’ve always loved Egyptian mythology. The deities almost always have the body of a person and the head of an animal, except the Sphinx.

I don’t think I ever owned a cat that would have let me pierce its ears! Can you imagine?

Do you know of any other mythological deities who were demoted over time? Would you rather be a lioness woman or a cat?