The Beauty of the Tapestry of Life 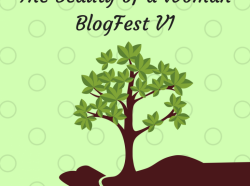 When August announced that she was planning this blog fest again, I was thrilled! Here’s my post from last year’s BOAW Festival. But then, I had no idea what to write about this time. I wrote and deleted at least three different posts. Then, this one emerged from the middle of another idea. Life is … Read the rest →
comments are closed  | View 29 Comments

On Discovering Newness of Life

For the last several months, I’ve been feeling like a real person again. I’m Diana, mom to two amazing daughters, and writer. I don’t have to define myself by whatever status of life I’ve found myself situated in. I don’t like the other W word. It makes me feel old. I’m not old. I have … Read the rest →
comments are closed  | View 29 Comments
⇧