← 3 Reasons to Declare War on the Garden Theives

In Search of the Perfect Pancake → 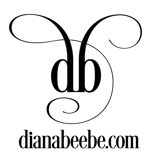 I had a funny conversation about names with my daughter, Armadillo, recently.

It all started when we were listening to the radio in the car. (1980s music rules!)

The song playing was one by John Mellencamp.

It’s not enough that I told her his name (because I always tell her the artist’s or band’s name), but I also explained how the people in charge of getting him started in the business made him use John Cougar at first, because they didn’t think he would be successful with his real name.

He was successful. But the question remained: Would he have been successful without the stage name?

After a couple of years, he changed his name by adding his last name. He performed as John Cougar Mellencamp for awhile to get people used to the name. Then he dropped Cougar, and no one even blinked.

Armadillo laughed. “Those people were crazy! Mellencamp is a great name. It’s an awesome name. Someone should go back in time and smack those people on the heads for being dumb. He should’ve just used it.”

Do you know any other artists who used different names before using their own? What insightful things have you heard children say?

← 3 Reasons to Declare War on the Garden Theives

In Search of the Perfect Pancake →