← The Art of NOT Hiding in a Corner

In many time traveling stories a character changes something with good intentions only to realize later that the time tweak resulted in the very thing he or she had tried to improve or prevent.

Time tweaking. If I had a way to travel back in time, what would I tweak?

We are who we are because of decisions, good or bad, that we make. The essence of ourselves is tied directly to what we learned the decade, year, day, minute before. 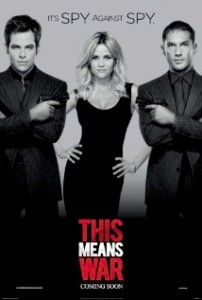 In the movie This Means War, the character called FDR learned from the grandmother who raised him that he should never regret a decision. That decision made him who he is.

I know this movie has nothing to do with time travel, but I love this wonderful philosophy. Let go of things we regret in our pasts. Accept who we are now. Know that we will continue to learn and grow, even if we make new, bad decisions. Hopefully, we learn to make better choices along the way.

Back to the question of tweaking time. If time travel were possible, would I go back to fix something that I regretted? Would my life have been better if I went back to the end of my freshman year in college to change my roommate selection for the next year?

That’s a lot of would’ve, should’ve, could’ve going on. That’s what we do when we look back and regret something that we did in the past.

My biggest regret from that year was that I didn’t buy the stupid yearbook. Weird.

While I was devastated that we had stopped being friends, it had become a relationship that wasn’t going to make me a better person. There was nothing that I could’ve done to make her life easier, besides ignoring that she’d stolen underwear from me. Yeah, I didn’t want those back.

Perhaps instead of time tweaking my roommate selection, I would time tweak to be sure that she understood how much the ATM bank fees were or that she’d packed underwear. (True story.) With hindsight as a guide, I’d find out how I could’ve been a better friend. That begs the question: Would any of these tweaks have made a difference?

Of course, there’s no way of knowing, so there’s no point in regretting (even the yearbook).

If you could tweak time, would you? If so, what thing would you go back to change—or not?

← The Art of NOT Hiding in a Corner