← O is for Organization and omghow.com

Qi, the Quickening, and the Force → 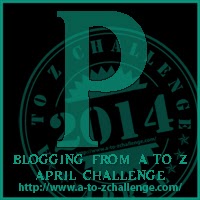 Yes, I know it’s not Groundhog Day. Armadillo decided that she wants to see the State Secret Keepers have an adventure with the folklore around the famous, season-predicting groundhog, Punxsutawney Phil.

Interesting little bit of calendar trivia for you:

February 2 is almost exactly six weeks from the first official day of Spring.

Just think about that one for a bit. “…six more weeks of winter.” Hmmm.

I’m not sure how to explain the “early spring” possibility, especially with the wonky spring we’ve been having. Tuesday this week gave us temperatures in the mid 30s for the low. We had to cover the newly-planted veggies.

Seriously, Phil? Also, I had no desire to stand outside to watch the lunar eclipse in the middle of the night in 40 degrees. ( *shocked face* I know! What’s wrong with me?)

Maybe spring will be confused in a certain adventure story. *plotting all the evil things* The time-traveling twins will have to go to 1800s Pennsylvania. Will the Chaos Maker replace Phil with a different animal? How will Sophie, Piper, and Alex save Groundhog Day? Do their actions cause the thing that they are going to fix? Hmmm…

(Have you noticed that I have a thing about time? It’s true.)

What do you think about Groundhog Day? Should we fire all the weather people and use animals to predict the weather? 😀

← O is for Organization and omghow.com

Qi, the Quickening, and the Force →