No Stunt Doubles and Get Off Your Butt →

My writer friend Angela Wallace just revealed the cover of her upcoming book, so I wanted to share it with you. If you’re looking for a great read, you can pick up any of her books.

Here’s Dreamsnatcher (and the cool cover):

Falling asleep has never been so dangerous…

Lexa has spent the past five years training the princess of Teltania in dreamwalking, but with Taryn’s eighteenth birthday approaching, the girl has increasing royal duties and Lexa is getting ready to retire yet again. This time she’s looking forward to settling down and sailing with Sir Neil Duram—until his ship barely survives a raider attack.

The raiders have been hounding Teltania’s coast and their victims are falling into comas. With Neil’s crew at risk, Lexa sets out to find a cure. But things aren’t what they seem. She discovers that the comatose have been snatched from their dreams and stolen into the dreamscape.

The scattered cases soon become a potential plague, and Lexa has to find the connection between the waking world raiders and the dream snatchers. Is there a third dreamwalker out there, or something much more sinister? Lexa’s desperate search for answers will drive her to the edge in order to save everything she cares about. 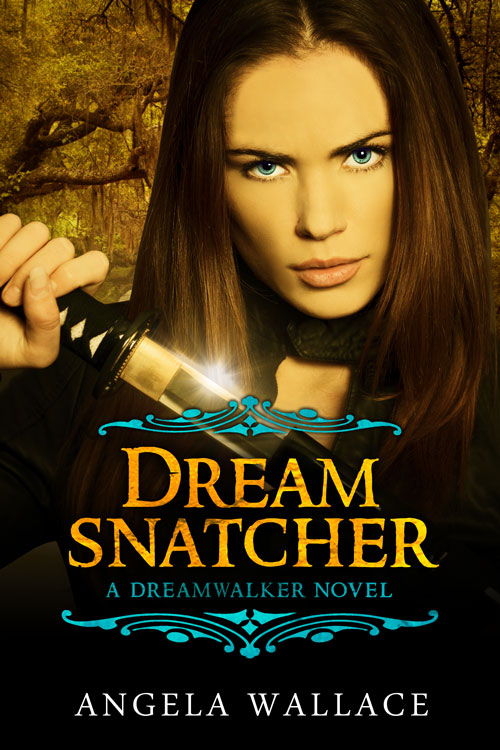 Add the book on Goodreads

Read more on the Dreamwalker Saga

Angela Wallace loves gun-toting good boys and could have been a cop in another life except for the unfortunate condition of real blood making her queasy. Good thing writing gun and sword fights isn’t a problem. In her books you’ll find the power of love, magic, and redemption.

Subscribe to her newsletter and get an exclusive surprise when the book releases.

No Stunt Doubles and Get Off Your Butt →