Anyone can tell time on an easy-peasy digital clock as long as she knows her numbers. Do you remember when you learned how to tell time on an analog clock with the hands that move around it?

Somewhere in our human history, a brilliant person figured out how to build a clock with delicate wheels and gears and screws and pulleys and stuff I don’t even know the words for.

(Remember the clear Swatch watches in the 1980s? I wished I had one so I could wear it with my one Swatch—wearing multiple Swatches was cool. I wasn’t.)

That mechanism moved little hands around in a circle to keep time with the units of measurements (24 hours in a day, 60 minutes in an hour…) that everyone decided was a good standard.

When The Armadillo brought home a clock she made at school last year, I was impressed. In one day, she understood the concept by using this paper clock. 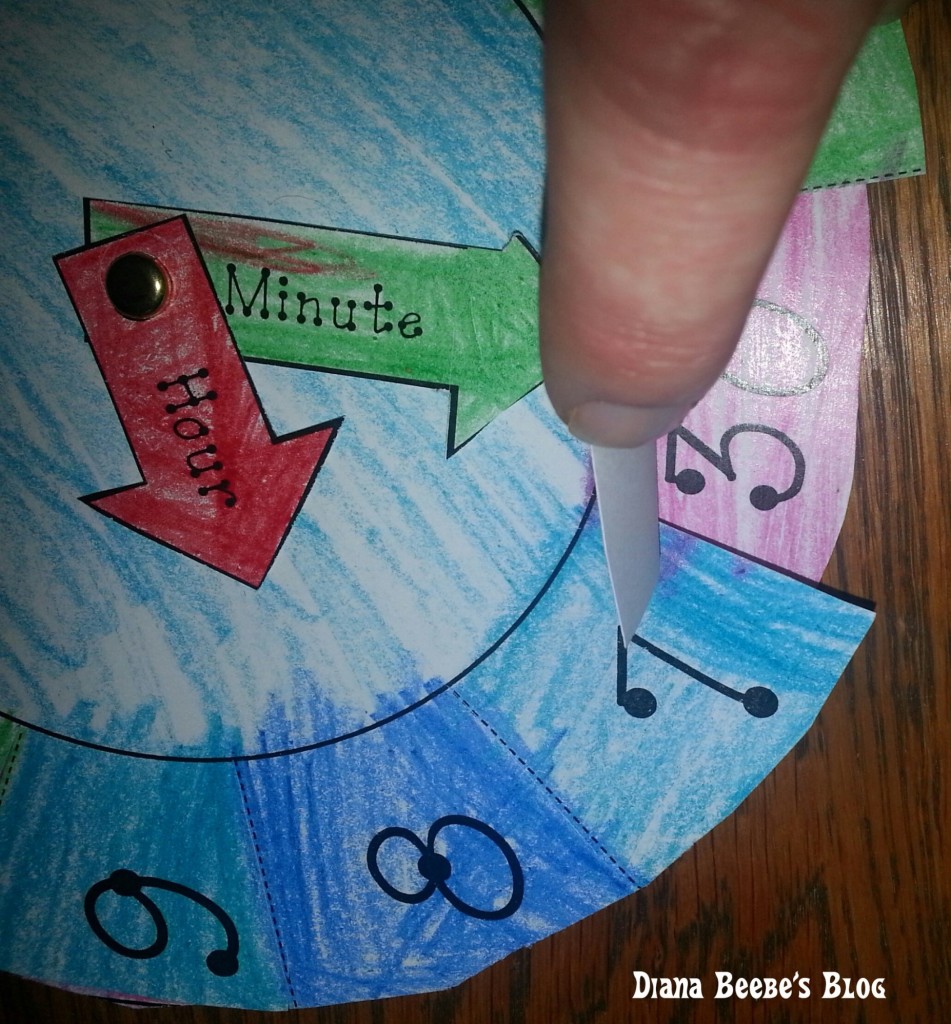 It’s so simple to have the minutes under the hour. Now that she can count by fives, the minutes are even easier.

My brother told me that he didn’t learn to read an analog clock until he was in college when he bought a barber’s clock. He thought it was cool and different (he’s just that way), because it was flipped backwards and worked counterclockwise. A barber would hang the clock behind him so he could watch the time in the mirror in front of him.

After one day of watching the counterclockwise clock, my brother understood the mechanics of it all. He could tell time on a normal clock after that.

What’s your favorite way to tell time? Does anyone wear a watch anymore? Do you remember when you learned to tell time on an analog clock?