← These Are Not Your Mother’s Ponies

At dark-thirty this morning, my husband started texting me.  Here’s our conversation:

The Husband: Got here early just to find AA doesn’t open until 5

The Husband: The Fun

Me: Ick
(What do you expect?  It was dark-thirty.) 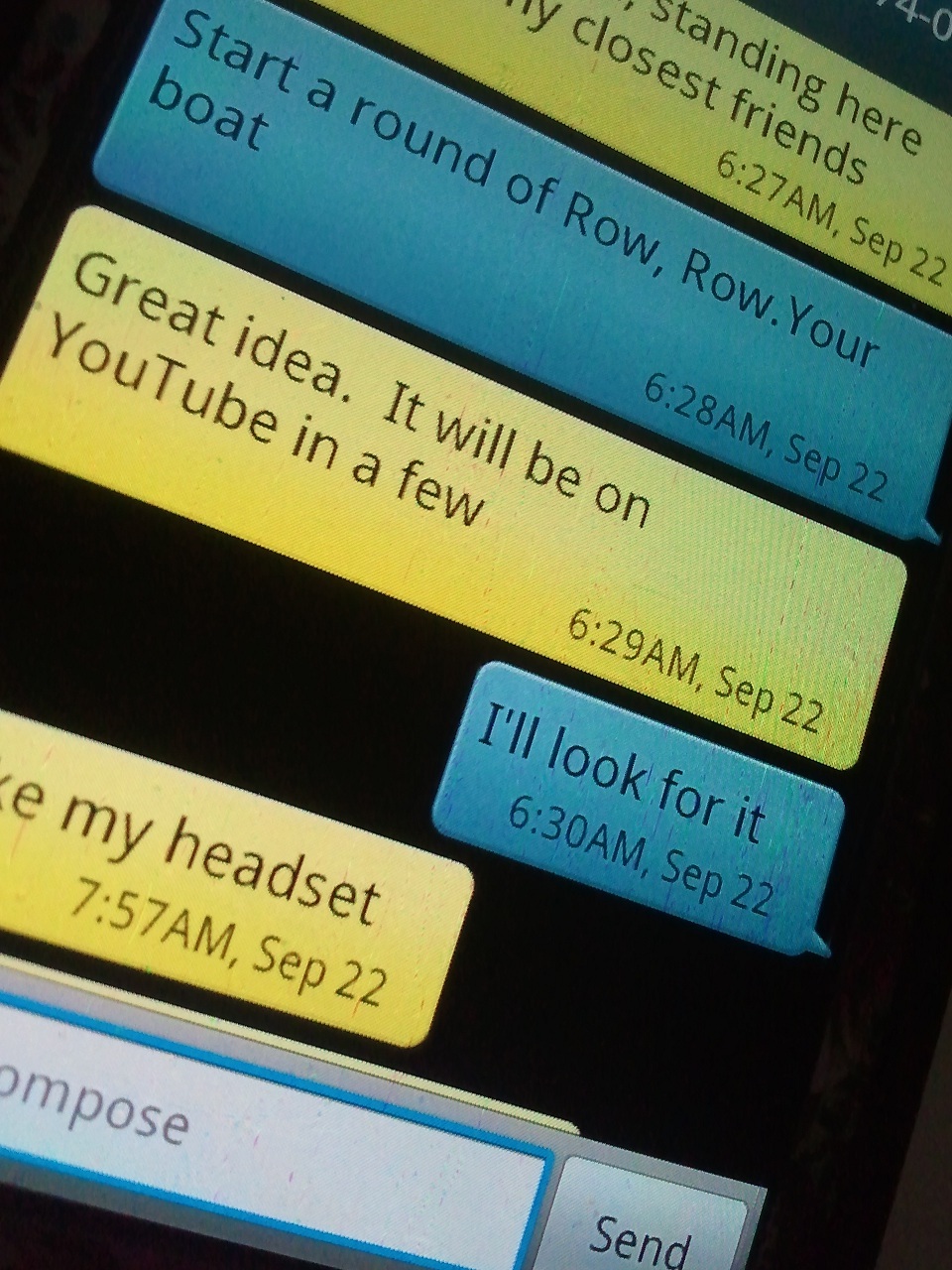 The Husband: Sing I am bored, standing here with 25 of my closest friends

Me: Start a round of “Row, Row Your Boat”

The Husband: Great idea. It will be on YouTube in a few

I asked my husband when he landed safely and returned home about that promised YouTube video of his closest friends waiting for the AA counter to open and singing rounds of “Row, Row Your Boat.”  Do you know what he said?

I admit that I didn’t expect him to create a video and post it, but that would have been cool to see an impromptu flash mob sing rounds in front of the AA counter while they waited for  the counter to open.  I am glad my husband’s flight was not on the list of 300 canceled flights and was on time.

Anyway, flash mobs are fascinating.  A request goes out into cyberspace, the routine is posted, people practice it, and then they all show up and perform at the appointed time.  There are websites devoted to events.  There was one called Coloring Book Flash Mob this summer.  I so would have done that if it had been local (and I knew about it).  Any excuse to stop what I’m doing and use crayons for five uninterrupted minutes!

Here’s one at an airport in March this year:

What do you think about flash mobs?  Have you ever participated in one?  Would you dance, sing, or color with a group of strangers and then walk away as if nothing happened?  Use the handy comments box below and let me know.

← These Are Not Your Mother’s Ponies